I was doing a routine Singapore (WSSS) to Ketapang (WIOK) flight on a brand new Embraer ERJ170-100LR (reg: SQ-CBN) and the flight was really nice until a storm broke out at Ketapang a few minutes before the landing. The METAR showed that everything was clear 30 minutes before take-off, so I took off with just enough fuel to complete the flight and about 500 kg buffer. Clouds started forming when I was about 20 miles from WIOK and the visibility dropped all the way down to 800 meters at sea level! I was supposed to turn around or divert but there were only 3 airports near enough but 1 was just an airstrip and the other 2 were also engulfed by the storm, and then I decided to give a shot at a careful and slow approach, being ready to go around any time.

Used the MFD's TCAS to navigate to the airport's VOR and managed to line up about 6 miles out, still without runway in sight... And then, suddenly I saw the runway to my left, I mean 9 'o' clock, so I alpha-maxed and went around... After going around about 4 times, I had just about 100 to 200 kg of fuel left, so that was my last chance at landing... And then merlion107 came there to watch... I managed to fly very slow (128 knots) with full flaps and pitching up so that I won't pass the runway, and then, using the TCAS, I got the plane right in-front and managed a very smooth landing... The airport layout has not been modeled so I had to park on the grass... Didn't open the doors due to the heavy storm, the passengers had to stay inside the plane for another 45 minutes before things started to clear a bit and they could get out. 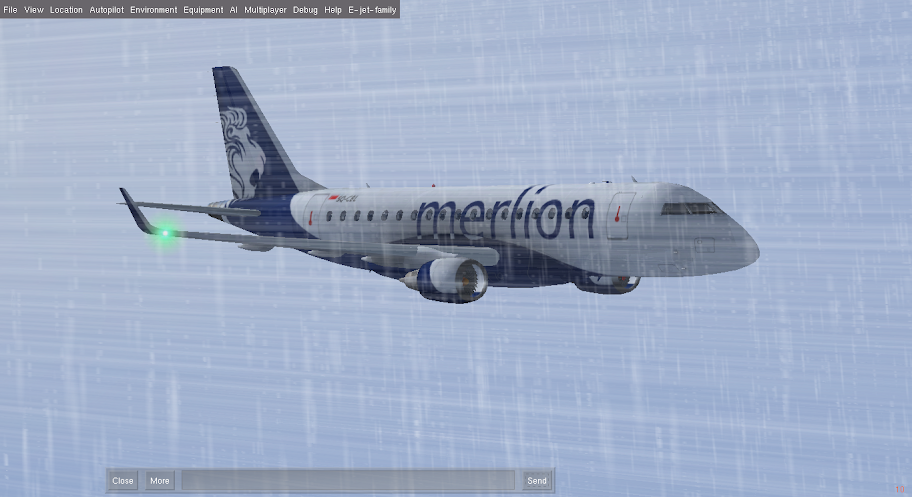 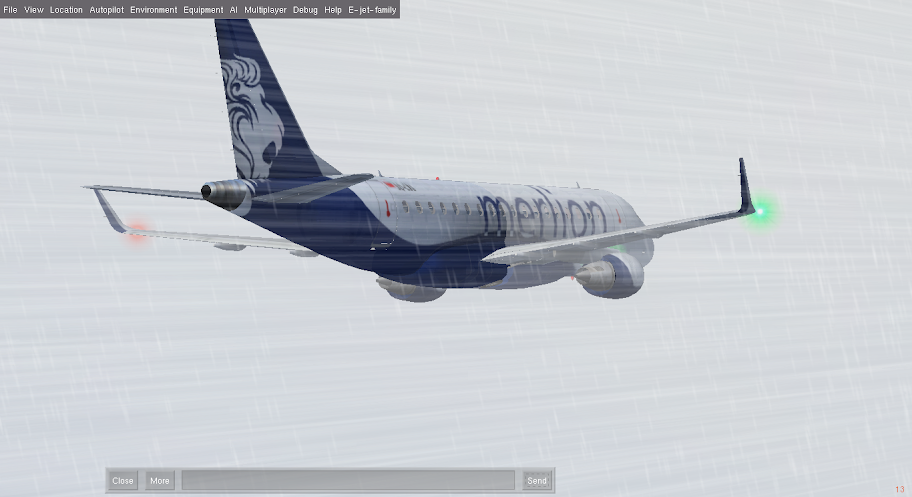 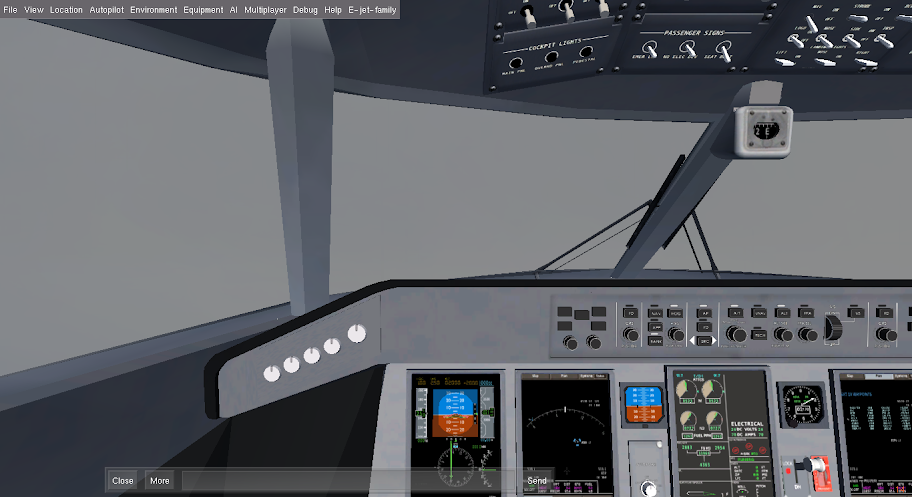 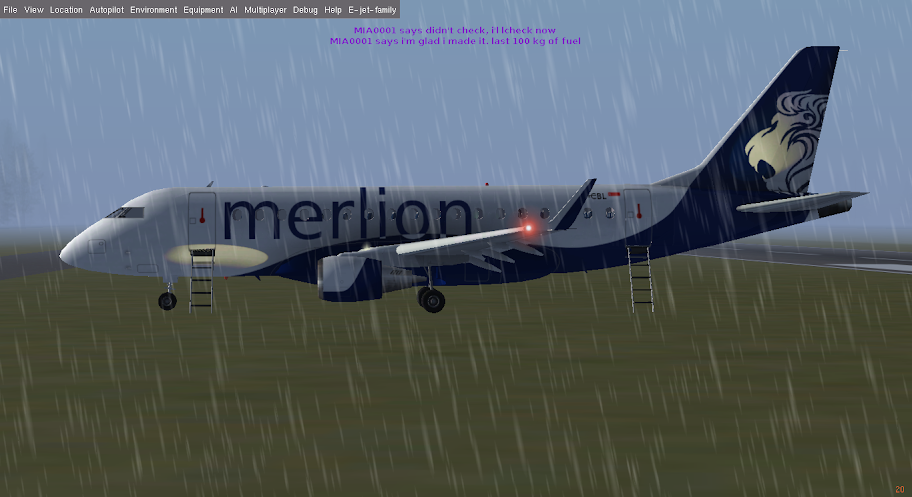 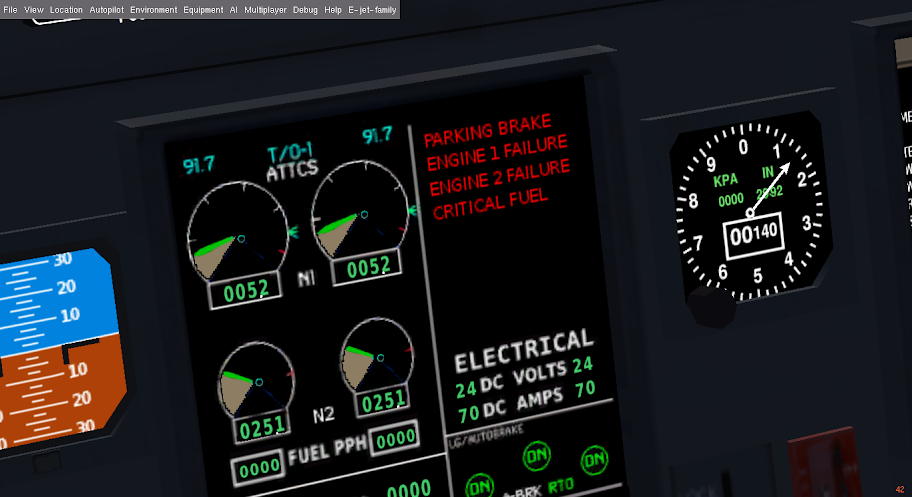 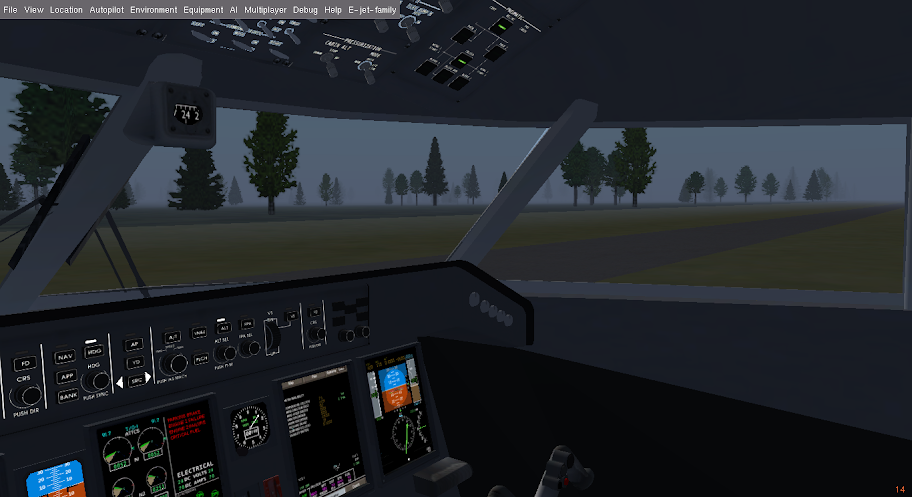 Actually, merlion should sue me for starting with only 500 kg extra fuel!